During the month of May we will host  Krzysztof Raczkowski –  a Polish dancer and choreographer. The artist is going to work on his new choreography project.

He made his debut in 1980 in the Musical Theatre, Szczecin. In 1983 she joined the Polish Dance Theatre and worked there almost 15 years. As a first soloist, he danced leading parts in performances by Ewa Wycichowska, among others: Faust goes rock, Samotność Fauna, The Mad Fiddler, Misterium Słońca, Misterium Ziemi, The Rite of Spring, an in Carmen (choreography by Jerzy Makarowski), Romeo and Juliet (choreography by Birgit Cullberg), Pół dnia północy (choreography by Mats Ek). In 1997 she left to Germany and joined Choreografisches Theater by Johann Kresnik, at first in Berlin, and in 2003–2005 in Bonn.

In 2002–2003, he was a guest collaborator of drama theatres in Essen and Hanover as well as of the Opera in Basel. In 2003–2005, he danced in the group of Johann Kresnik in Bonn. Subsequently, he collaborated, as a choreographer, and performed in F.U.C.K. directed by Serge Weber, at Hans-Otto Theater in Potsdam. In 2008 he took part in a production of Babylon Works Baterby (directed by Mathias Schönsee), in an opera Niobe in Schwetzingen Festspiele and he created his own choreography in the Polish Dance Theatre – Poznań Ballet: Śmierć jest najpiękniejszym celem, in which he danced too.

He collaborated on choreography for Mykwa directed by Dobrolańska in Polski (Polish) Theatre in Poznań. He participated in the festival in Hildesheim, where he performer in Order (choreography by Stiffermann). In the same year, he danced in Staatsoper Berlin in Fledermaus, another choreography by Stiffermann). In 2010 he took part in a project mixing opera, dance and theatre – Between directed by Maja Kleczewska and choreographed by Mikołaj Mikołajczyk in the Teatr Wielki – Polish National Opera.

Currently he works as an independent choreographer. 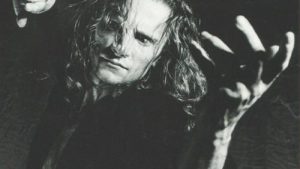